The Death of Innocence

The Techniques, or essential manipulations of magic, are listed below and provide the base action of a spell. 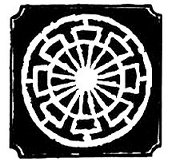 Creo is the technique that lets a magus make things that exist independently into better things of their kind. This includes creating things from nothing.

Natural things, such as plants, animals, flames etc, are easy to create as the form is a single thing. This also makes them easier to heal and doesn’t require knowledge of the ailment in order to remove it.

Artificial things, such as bread, swords, books etc, are considerably more complex being made of several different things. In order to create or repair them, greater skill is required from the magus (Int + Finesse roll). Also, the magus must have some previous knowledge of what he is trying to create prior to even attempting it.

Magically created objects will last as long as their duration but any effects caused by them are indefinite. A spell designed to create a burst of flame on an enemy will only be in existence for a second but the wounds caused will be around much longer. 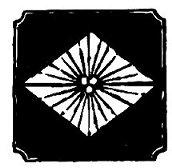 Intellego grants the gift of perception to the casting magus allowing them to gather info directly from the forms of things. This does not present itself in a visual fashion unless Intellego Imaginem is used. It instead provides info about the actual nature of things as epiphanies of sorts. Thus, Intellego cannot be deceived by mundane disguises. 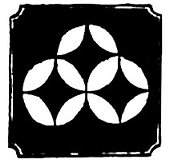 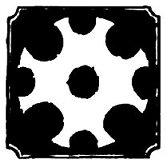 Perdo deals with making things worse examples of their kind by either destroying them completely or destroying a natural property of them and is the opposite of Creo. It is easier to cast a Perdo spell successfully if the property in question can be lost naturally. Thus, it is easier to kill a person than it is to remove their weight while keeping their other properties intact.

Furthermore, destroying properties that an object cannot lose naturally falls under the Limit of Essential Nature and, can therefore not be permanent with all destroyed properties returning at the end of the spell’s duration. 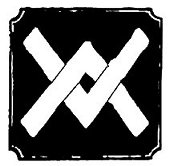 Rego allows the magus to change the current state of an object to another state that it can naturally have. Thus, since all things can have location, the magus can move objects around with Rego. He can also make trees bloom out of season, put a person to sleep, shape stone into a statue or weave thread into a tunic. These last two are examples of craft magic which requires a Finesse roll to execute skillfully.

Rego cannot make an old animal appear young again as that is an unnatural process (though Muto can be used to attain this affect). Rego also cannot turn a brown dog black because even though dogs, in general, can be black, that is not natural for the brown dog in question.

Ascendant campaigns can view previous versions of their pages, see what has changed (and who did it), and even restore old versions. It's like having a rewind button for your campaign.

We've already been saving your edits, so if you upgrade now you will have instant access to your previous versions. Plus, you get a 15-day free trial, so there's nothing to lose.

I'm sorry, but we no longer support this web browser. Please upgrade your browser or install Chrome or Firefox to enjoy the full functionality of this site.